When the lovely Canadian Publishers @RandomHouseCA gave me the opportunity to review #Unbreakable a story of #IceHockey, I was over the moon @ToddDenault & @HockeyBroph had put together this book.

In only his 3rd NHL season, Wayne Gretzky set the unbeatable NHL record – scoring 50 goals in just 39 games. A book for the devoted Gretzky fans, and books like 99 by Al Strachan.Unbreakable: 50 Goals in 39 Games, Wayne Gretzky and the Story of Hockey’s Greatest Record sets out to chronicle that unforgettable streak of 39 games in the fall of 1981, when a 20-year-old wunderkind from the town of Brantford, Ontario, captured the imagination of not just the hockey world but the world at large and emerged as both the game’s biggest star and it’s most recognizable face.

Published on the 35th anniversary of this remarkable feat, the story of this unforgettable season is chronicled by renowned hockey authors Mike Brophy and Todd Denault.

Based on new interviews with Wayne Gretzky and with those who surrounded him during his magical run at hockey’s greatest record, Unbreakable: 50 Goals in 39 Games, Wayne Gretzky and the Story of Hockey’s Greatest Record will detail on a game-by-game basis Gretzky’s stellar run towards hockey immortality, through extensive research and the reminiscences of those who were there, including teammates, and players from opposing teams.

Its a really interesting read for all ice hockey fans, young and old. There are some great stories too of players names you are guaranteed to recognise. If you love Ice Hockey this book is for you.

The lovely @timeincbooks kindly gave me the opportunity to #review this #icehockey book for beginners, I saw it over on @NetGalley and as I’ve been a fan of the sport for well over 25 years, I just had to request it. 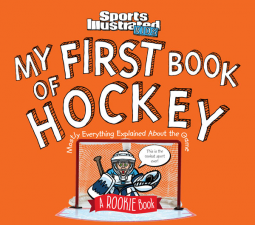 Although its obviously for children, this would be an ideal book for anyone just getting into watching the game too. It is well illustrated and explains things in easy to understand terms which even some of my stalwart hockey friends may learn a thing or two of which they didn’t know!

I think every ice arena should have copies of this book, especially over here in England. It would maybe help to get more people interested in the sport instead of it been classed as a minority sport.

Next up in the fan-favorite Rookie Book series, Sports Illustrated Kids explains the coolest game in the world to its youngest fans.The puck drops, skates flash, and sticks fly-a hockey game is underway! With a fun mix of Sports Illustrated action photography, simple text, a full glossary of terms, and cool graphics, My First Book of Hockey introduces readers to the basics. Kids (and maybe a few adults, too!) will learn how power plays work, how the three-period game flows, what a hat trick is, what’s up with the referee’s crease, and more.An illustrated “rookie” character appears on every page, guiding the reader moment by moment, and helping to makeMy First Book of Hockey an ideal shared reading experience between parents and their young rookies before, during, and after the game. 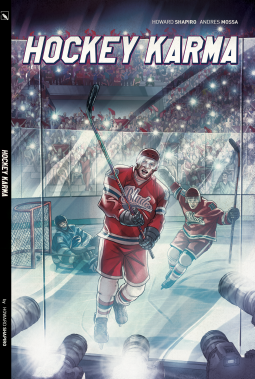 As a Ice Hockey follower for over 25 years, when I saw this book I just knew I had to review it for my British friends intersted in the game. I know for a fact that the young adults will love it.

Its full of grit and determination and apparently the third in a trilogy of a series. The illustrations are fantastic, I wish I had accepted the offer of having the actual book sent to me instead of the file if I am honest. This is a book that has a great storyline which teenagers will really love

The highly anticipated sequel to the award winning “The Hockey Saint” taking place ten years after “Saint” ends. The legendary Jeremiah “Jake” Jacobson, now thirty two, has been the world’s best hockey player over his fourteen year career because of his out of this world talent level and his smart play. But he can’t stay on top forever, and when he starts making mistakes on the ice, his career and family life start to crumble.

At the same time, Tom Leonard, his agent and best friend, is completely overwhelmed by a project that he and Jake were supposed to be working on together. A project that could have a huge impact on people throughout their city in need of a helping hand. As Jake sinks deeper into a funk over his lost status due to his deteriorating play and the emergence of teammate and rookie phenom Barclay Pedersen, Tom realizes he’s on his own. At the same time he rediscovers someone from his past who he never thought he’d see again. In that burgeoning relationship, Tom discovers the importance of taking chances and starts to believe in himself.

Can Jake break out of his downward spiral and Tom finally find the courage to step out of Jake’s shadow? 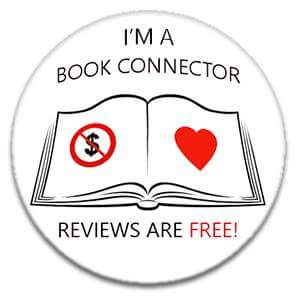